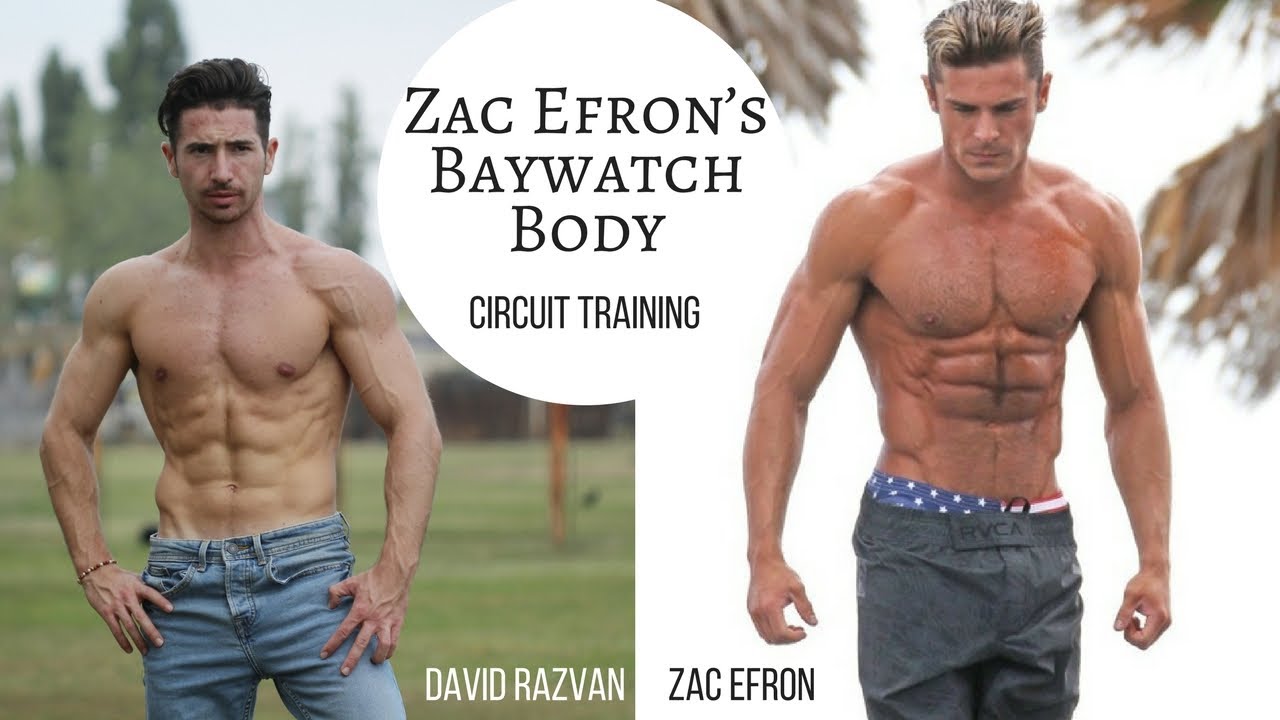 How did Zac Efron Get so Ripped – Circuit Training, plan baywatch

Zac Efron’s workout and diet plan are making waves this Summer because of his incredible physique transformation preparing for Baywatch. Along side the Rock, Zac holds his own, having carved out a chiseled body by focusing on 7 key elements of his training and nutrition. Recently, Men’s Fitness magazine published a story about the gains Efron made to get ready for his Summer comedy role.
To make his transformation for Baywatch, Efron gained just 10 pounds of lean muscle. The thing is, when you minimize your body fat levels and maximize the amount of muscle your body can naturally carry…you look much bigger than you are. Both of these guys have mastered this.
That said, you can’t expect to look better without being willing to put in some hard work along the way. Zac did just this by adopting more heavy weight training into his workout routine. He stated that he never had lifted very heavy or explosive before preparing for this film. A lot of people actually find themselves in a similar position either because they are uncomfortable lifting heavy or just don’t have the base strength to be able to do it.